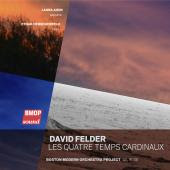 
The Deindustrialization Revolution was quietly, slowly, inexorably on its way when playwright Lynn Nottage began her research for her drama Sweat, the current production mounted by Huntington Theatre Company in its Boston premiere. The play was first presented by Oregon Shakespeare Festival in 2015, then produced at Arena Stage in D.C. the same year, then Off-Broadway at New York's Public Theater, before moving to Broadway in 2017 where it was nominated for the Tony Award for Best Play and won the Pulitzer Prize for Drama. Intentionally, it's the backstory of a decade prior to the Trump election, with blue-collar types who had been largely forgotten. The playwright spent more than two years interviewing real people for her play in Reading, Pennsylvania in the nation's Rust Belt, where the poverty level was forty percent, making it one of the poorest areas of the country. This makes it of necessity the story of the economy, race relations, immigration, and inevitably, politics. But these form the foundation for society's ills; the play centers on the concrete fate of a group of workers and their way of life, those most affected by an impending crisis. It will devolve into the stark reality of community versus capitalism. As one character puts it, “that's the way things are set up”.

The story begins as parole officer Evan (Maurice Emmanuel Parent) speaks with two men (separately) set free in 2008. It goes back in time to 2000 to a bar (or more appropriately, joint) in Reading run by former steel plant worker Stan (Guy Van Swearingen) who lost his job when injured at the plant. Tracey (Jennifer Regan), whose family has worked at the Oldstead Steel Mill for generations, feels deserving of a promotion to a newly available management job offering more than just air conditioning and the metaphorical avoidance of sweat. Her son Jason (Shane Kenyon) has just been paroled, as has Chris (Brandon G. Green), son of her coworker and best friend Cynthia (Tyla Abercrumbie), who are black. The bar's regulars include the inebriated Jessie (Marianna Bassham) and Cynthia's deadbeat ex, Brucie (Alvin Keith). It also features bus boy Oscar (Tommy Rivera-Vega), a Colombian-American working for $8 an hour at the bar scraping up chewing gum, but offered a job at the mill at $11 per hour. One theme that's central to the story is how each of the three women in the work get to celebrate their birthdays, and how they all view people like Oscar to be entitled immigrants (though all of the characters, including Oscar, were born in Berks County, Pennsylvania); one of them even questions why there isn't a White History Month.

“I know from experience it's shame that eats away at us”, one of them warns, and that “you could wake up tomorrow and all your jobs are in Mexico”; as another denizen of the bar puts it, there are buttons that could replace them. Most meet the dire predictions with skepticism and inertia. Even when lay-offs and down-sizing are announced, denial reigns; most can't see it coming. When the company announces plans to move the plan to Mexico, there swiftly follow trade union strikes and a lock-out. Divisions between management and labor begin to divide friends and lead to the exposing of racial tensions. Just the sort of explosion you're likely to see coming, but with a few clever twists.

It would be hard to imagine a better cast. Regan (who shares in the guilt to come by egging on her son) and Abercrumbie are superb foils, as are their offspring Kenyon and Green. Bassham and Keith make very natural bar flies, overseen by Van Swearingen in a fine turn. Even the more supporting work by Parent and Rivera-Vega is superior acting. Meticulously Directed by Kimberly Senior, at two and a half hours with an intermission, and a large cast, this is in many ways an old-fashioned play, in the good sense. The creative team includes detailed Scenic Design by Cameron Anderson, apt Costume Design by Junghyun Georgia Lee, excellent Lighting Design by D. M. Wood, and Sound Design and foreboding Original Music by Pornchanok Kanchanabanca, as well as the extraordinarily complex Fight Direction (really Choreography) by Ted Hewlett.


While the time covered by the plot covers just up to a month before Obama's election, it could easily be set in our own time with jobs sent over the border or overseas. Reminiscent of the play Skeleton Crew by Dominique Morisseau (set in a Detroit auto plant) produced two seasons ago by Huntington, it may easily be read as an indictment of our own current travails in the workplaces of America.


As is portrayed by the epilogue of the play, only people take care of people, and this playwright, as she did in Ruined and Intimate Apparel (the latter now being made into an opera) shows once again her uncanny knack for creating realistic dialog and believable crises. She has done her homework and it shows in this powerful piece of writing; though hard to sit through its relentlessly challenging chronology between scenes, it solidifies Nottage's reputation as a playwright at the top of her game.


Unlike the steel mill, this production has been extended through March 1st.

It hardly seems possible that it was half a century ago, in 1968, that a musical by the name of Hair burst onto the Broadway stage, while banned in Boston. One had to travel to New York to be able to see its brief and darkly lit nude scene, as well as what was criticized as desecration of the flag. It also consisted of a cast that included such future famous folk as Diane Keaton (before she was Diane Keaton), as well as Melba Moore and Shelley Plimpton. But its claim to fame is that it was recognized even then as a watershed creation that ultimately led to a proliferation of rock musicals, the precursor of works from Jesus Christ Superstar to Rent and even to Hamilton, remembered for its anti-establishment themes (especially its opposition to the Vietnam War), the draft and its hippie subculture. It certainly wasn't (then or now) revered for its thin Book and Lyrics by Gerome Ragni and James Rado, (both of whom were also in the original cast) and its uneven Score by Galt Mac Dermot. The original production lasted four years; the war it protested lasted ten. Thus it was a surprise to see this once-famous (or infamous) show on the calendar of the current season of productions from New Rep Theatre in Watertown. One could only guess what this revival would be, either an exercise in theatrical nostalgia or an updated take that would speak to the audiences of today. Would it still evince the power to move us, or would it be more of a trip (the other kind) down memory lane? The answer is, both.

As this production was Directed and Choreographed by Rachel Bertone, one of the most admired of local magicians, hopes were higher than they might have been if this mounting had been assigned to less capable hands. The name and reputation of Bertone for casting her shows is also promising, with a dozen triple threat actors needed to sing and dance as well as they portray their characters. Happily this Tribe includes Sheila (Marge Dunn), Claude (Edward L. Simon), Berger (Eddie Shields), Crissy (Kris Ivy Hayes, whose character in the program is misidentified as “Ivy”), Dionne (Yewande Odetoyinbo), Jeanie (Katrina Z. Pavao), Woof (Brian-Barry Pereira), Hud (Anthony Pires, Jr.) and other unnamed members of the Tribe (Lovely Hoffman, Zoe Maloney and the charismatic Aaron Patterson); oh, and Margaret Meade (Peter Mill). Each is a gem, some more polished than others, such as the terrific Odetoyinbo, whose numerous roles in local shows have been a pleasure to encounter. The able creative team includes Scenic Design by Janie E Howland, Costume Design by Marian Bertone, Lighting Design by Franklin Meissner, Jr. and especially Sound Design by Kevin L. Alexander, all help to keep the sometimes languid pace of the plot moving.


What they don't do is re-envision the piece, which may be asking too much after all this time. It comes across as a version that, even in its most moving scenes of draft card burning, refuses to be relevant, which is surprising given our corrupt current political establishment. There are memorable moments among the forty or so songs, such as “Frank Mills” sung by Hayes (but lacking the poignancy as written) about not wanting her two dollars back from her lover, just him. And there are many fine numbers (“Aquarius”, “Air” “Good Morning Starshine” and “Easy to Be Hard”) as well as many superfluous ones. (Some have been altered, thus more politically correct, like the lyrics for “Three-Five-Zero-Zero”). Who could deny the power of the lyrics about those who care about the needing crowd, but not a needy friend?

On the whole this production is very well directed and performed, an altogether too safe and sanitized (were there ever such immaculate hippies, and visuals more appropriate for Godspell?) attempt at recovering that critical era in political and theatrical history that maybe can never be fully replicated. Perhaps it's best to remember the original fondly (even with its inherent flaws) as this critic does, (having seen and loved both the original Broadway and Paris versions) and enjoy the current version's performances, lest we be accused of splitting Hairs.
﻿