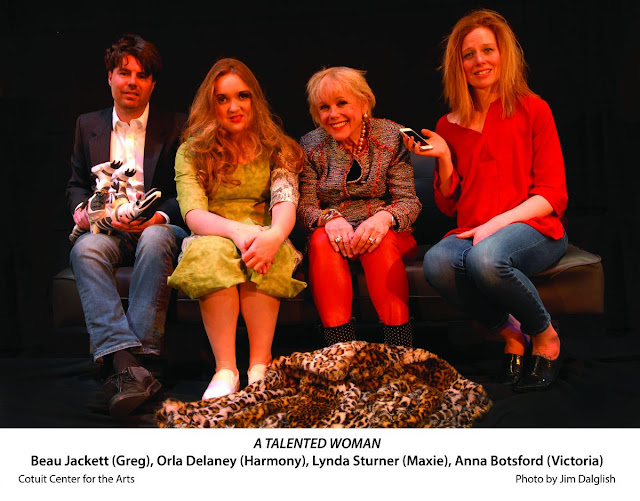 The title of the current production at Cotuit Center for the Arts (a.k.a. CCftA) is a double misnomer: A Talented Woman, a Sophisticated Comedy; it could also be a misleading one. The term “comedy”, it quickly proves, is more in the Shakespearean sense, that is, a play that doesn't end tragically. Whether the woman (or, more precisely, women) and a perceived “talent” belong in the same sentence depends on how broadly one views the strengths (and weaknesses) of the three female leads. The work, co-written by Lynda Sturner and Jim Dalglish, has already received accolades (notably the Winner of the New Playwright, New Plays Competition and the Kaplan Prize). Still, it's a stunning shift of tone for Dalglish fans (he's the author of such serious previous plays at CCftA as “Unsafe” and “Lines in the Sand”). The intergenerational relationships on view display a collective talent for dysfunction, and individually the three women share a talent for self-absorption that's far from pleasant, with a focus not on their talents so much as their bared talons. 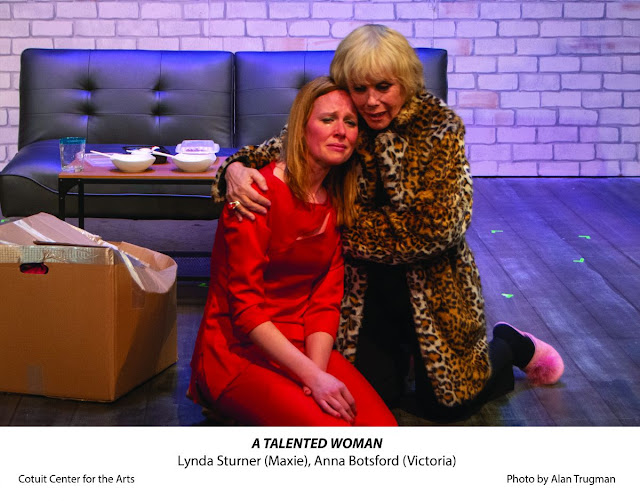 The story features three women at various stages of life, living in New York City during the Great Recession: Maxie (co-author Sturner) is a grandmother, recently widowed, who faces imminent financial ruin; her daughter Victoria (Anna Botsford) a workaholic struggling to balance her personal and professional lives: and Maxie's precocious teenage granddaughter, Harmony (Orla Delaney), a name that is slyly ironic in this context. Also in the cast are Peter (Tony Travostino) as Maxie's man toy, Victoria's husband Greg (Beau Jackett) and corporate head-hunter Christopher (Ian Ryan). Some of the cleverest lines (“I've got you right where I want me”, “you have the maternal instincts of a Waring blender”) are actually given to the male performers, though their characters (except, eventually, Greg) aren't as well developed. The women each prove to have a particular talent: Maxie, for shopping beyond her means, Victoria for being compulsive, and Harmony for rebelliousness. 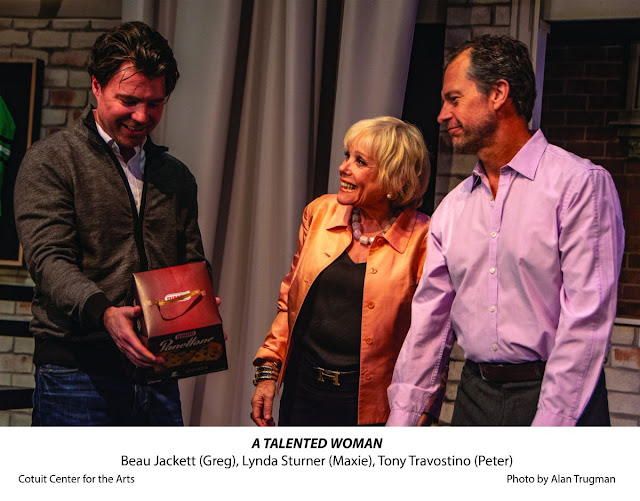 Since this work is Directed by Dalglish and stars Sturner in one of the key roles, there is an inherent danger in not being able to assess one's output objectively. Fortunately the route they have taken via readings and workshops has enabled them to hone their story to its current form. The complex Set Design by Glenn Bassett, Score and Sound Design by J. Hagenbuckle, Lighting Design by Greg Hamm and Costume Design by Tami Trask are all indicative of superb theatrical talent behind the scenes. Attention should also be paid to the Stage Crew who manage to pull off quite impressively the complicated scenic changes.


It's always a promising event when a regional company presents, as in this case, a world premiere of a playwright or playwrights (speaking of talent), and indicative of the ongoing commitment of CCftA to the local theatrical community.